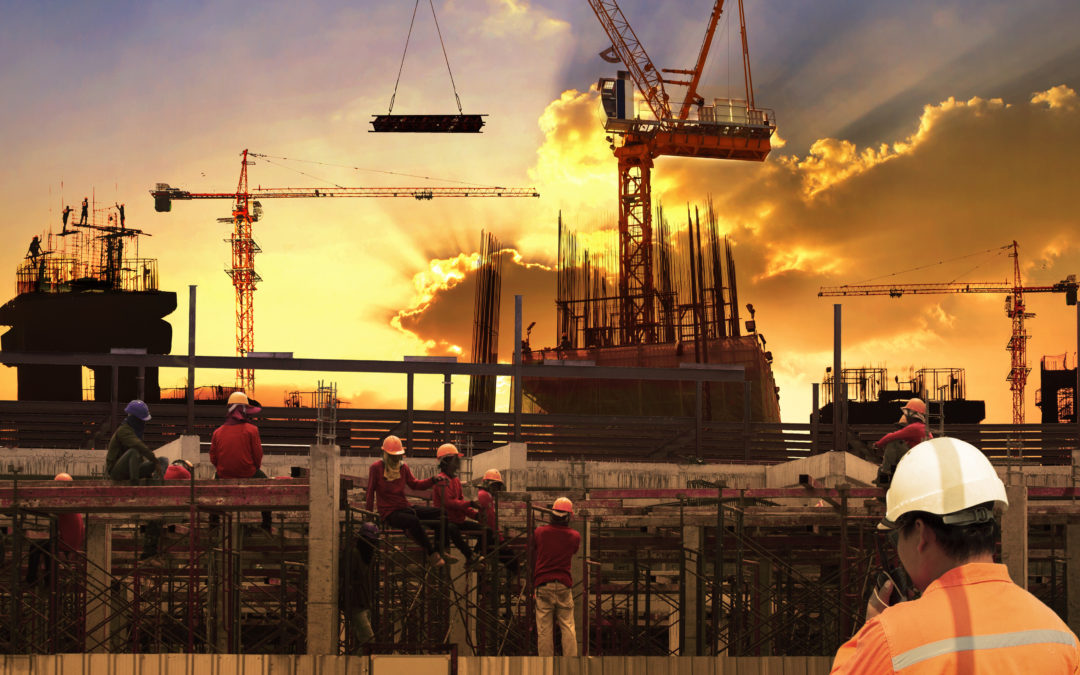 The strength of global economic activity has been surprising many in recent months and is likely to continue to do so as the year progresses. The downturn last year was not due to a collapse following unsustainable build-up of internal imbalances. The Covid-19 medical emergency caused the pause in activity which will resume as the crisis passes, albeit in an altered state. Operating leverage is supporting a rapid lift in earnings as revenues rebound.

The fast recovery in advanced economies is aided by easy access to capital, rebounding work opportunities, stored savings and surging confidence. New virus waves have necessitated fresh lock down measures in Europe and Japan, but these regions should be on far surer footing in the second half.

Manufacture continues to outpace services activity, but this gap will close as social distancing measures revert as seen in the United States as vaccines are rolled out and in Australia which has had relatively good success in suppressing the virus.

Business investment is beginning to lift, having lagged the rebound in consumption. Productivity should rise as companies adopt innovations inspired by Covid-19 upheaval. Institute of Supply Management (ISM) data reflect improving conditions with services activity catching up to manufacturing strength as social distancing restrictions reduce. Manufacturing new orders in the US are rising at the fastest pace in years.

The pace of growth is likely to slow through next year however as labour markets tighten and the higher interest bill from the dramatic lift in debt reduces funds for consumption and investment. Productivity that might propel further growth is unlikely to lift significantly due to insufficient capital investment.

Crises tend to spur innovation. As tough as this period has been for so many people around the world, the Covid-19 pandemic is likely to bring exciting new advances across a range of industries. Further developments in digitisation and artificial intelligence for instance may lead to speedier and lower carbon emission driverless transportation but the degree to which productivity offsets associated job losses is an open question.

Fiscal spending is now more impactful and promises to support growth in the next few years. Continuing elevated social and geographic inequality encourages increased government involvement in the economy. In his first 100 days in office, US President Biden announced USD 7 trillion in spending, much yet to pass through Congress. A large-scale infrastructure program is likely to be passed by the middle of the year, impactful for more than the next decade. Spending will include on traditional infrastructure like highways and bridges, human infrastructure like workforce training, affordable housing and home elder care and “green” initiatives like electric vehicle charging stations.

Europe also appears likely to add to stimulus in second half of 2021 though not matching the quantum of the US. The European Commission has proposed extending the waiver of the Stability and Growth Pact’s debt and deficit requirements until 2023. This would allow member nations to run larger deficits during that period, thereby reducing the chances of reversion to austerity measures that hampered growth in the post-global financial crisis period.

Stretched government budgets are likely to encourage a move to higher tax rates. There would likely be a dampening impact on investment and productivity but probably only in the first year. The Biden Administration will look to help fund its infrastructure program by reversing the 2017 corporate tax cut, raising it from the current 21%, but probably not as high as the mooted 28%. The United Kingdom already has moved to increase its company tax rate to 25% from 19% over a period starting in 2023.

Inflation is not an immediate threat, though possibility of a later surge cannot be ignored. Stimulus is being delivered when the US economy is already growing strongly. Still, inflation is likely to undershoot central bank targets until 2023 when employment markets should be far tighter. Housing rent is likely to be accelerating at a similar time as higher property prices reduce affordability.

The US Federal Reserve’s policy to seek to counter the substantial structural disinflationary forces such as automation and aging demographics by allowing inflation to rise above the longer-term trend level for an extended period threatens financial stability. The longer that monetary settings remain highly stimulatory, the greater the encouragement of excessive risk taking, the sharper the lift in expected and actualised inflation and the more likely the chances of policy mistake such as postponing stimulus removal for too long and forcing the economy into recession by tightening too quickly.

In the meantime, price increases will be localised and therefore impact some areas more than others. Rising prices for commodities and some industrial goods such as computer chips show that supply has not catered to the sudden lift in demand this year.

The Bank of Canada recently began reducing their volume of government debt purchases as part of quantitative easing efforts. Strong progress toward employment and inflation goals should encourage the US Federal Reserve to taper asset purchases by the end of this year or early next. The Reserve Bank of Australia is likely to follow soon after. The first rise in cash rates is likely in 2023.

In our multi-asset portfolios, we remain neutral weighted to equities. We have increased our exposure to cyclical businesses but still maintain a sizeable proportion structural earnings growers where we still see value. The cyclical companies we own are still high-quality in that they possess competitive advantages, have long-term reliable business models and manage capital well. Investors typically do not value businesses of this kind accurately given their earnings leverage to an uncertain economic outlook.

Regional and sector allocations are of course critical. The attractiveness of cyclicals encourages our continuing overweight to Japanese equities and slight overweight to Europe which are rich in these sectors relative to the US which is weighted to technology and other “growth” segments. We have modestly reduced exposure to US large-capitalisation stocks in favour of an allocation to US small cap which remains attractively valued despite the strong run in the last year and helps further diversify the overall portfolio. US small caps should outperform large caps in the US given the greater weight to cyclical sectors, such as industrials, financials and consumer discretionary, that will benefit as the economy strengthens.

We have also invested modestly in Australian resources companies which offer attractive relative value and help offset portfolio risks should inflation rise more significantly than expected.  Commodity prices have surged in the last year and could be supported at higher levels by rebounding economic activity, new infrastructure projects and challenged supply. Decarbonisation should lead to greater take-up of electronic vehicles and electrical infrastructure to support these, thereby adding to demand for copper, aluminium, cobalt, lithium and other commodities while restricting new hydrocarbon energy supply.

In our direct Australian equities portfolio, we recently increased our weighting to pandemic losers in transport and materials segments that will benefit as economies reopen. We reduced some of the winners that we added at discounted prices last year such as protective equipment and technology suppliers where valuations are now more stretched. We also took advantage of temporary cheapness in outstanding property and durable earnings growth businesses where prices fell during the recent bond market sell off.

We moved to an overweight the property asset class in recent months as softer prices offered the opportunity. The near-term concerns related to downward pressure on rents and asset values particularly in retail and office segments are well priced in.

We remain underweight fixed income but the recent rise in long term bond yields allowed us to modestly increase portfolio duration while remaining shorter than benchmark. We increased exposure to high-quality credit for the added yield above government securities. Improving economies in the next few years keep default risks in check, particularly for investment grade instruments in which we focus. Most of our credit exposure has a rating of A or better and we now have a modest allocation to higher yielding subordinated bonds.

This article is provided as general information only and should not be construed as personal financial advice.

The Information constitutes only general advice. In preparing this document, AssureInvest did not take into account your particular goals and objectives, anticipated resources, current situation or attitudes. Before making any investment decisions you should review the product disclosure document of the relevant product and consult a securities adviser. Past performance is no guarantee of future performance. This document is not intended for publication outside of Australia.

FREE Special Report: How to Jump ahead of competitors and add more value for clients

Learn how you can boost profits while enhancing customer outcomes.